Wayfinding in Pheasant Branch Conservancy was produced as a digital and printed (11x17”) wayfinding map for the Pheasant Branch Conservancy in the City of Middleton. The map is meant to evoke aesthetic appreciation for the Conservancy, as well as serve function. The map is illustrative of the colors of the Conservancy, as it incorporates general natural vegetation cover types and water features in nearly true color and incorporates symbols with a natural color scheme.

The map identifies cultural features (parking, bathrooms, and physical map locations) and natural features like springs, effigy mounds, and surface water contribute to the conveyed uniqueness of the Pheasant Branch Conservancy. Trails are the main feature of the map, and the primary mechanism for how visitors interact with the Conservancy. With multiple types of users (pedestrians, bikers, runners, birdwatchers), it was important to highlight trail surface as a mechanism of displaying trails closed to bikes. 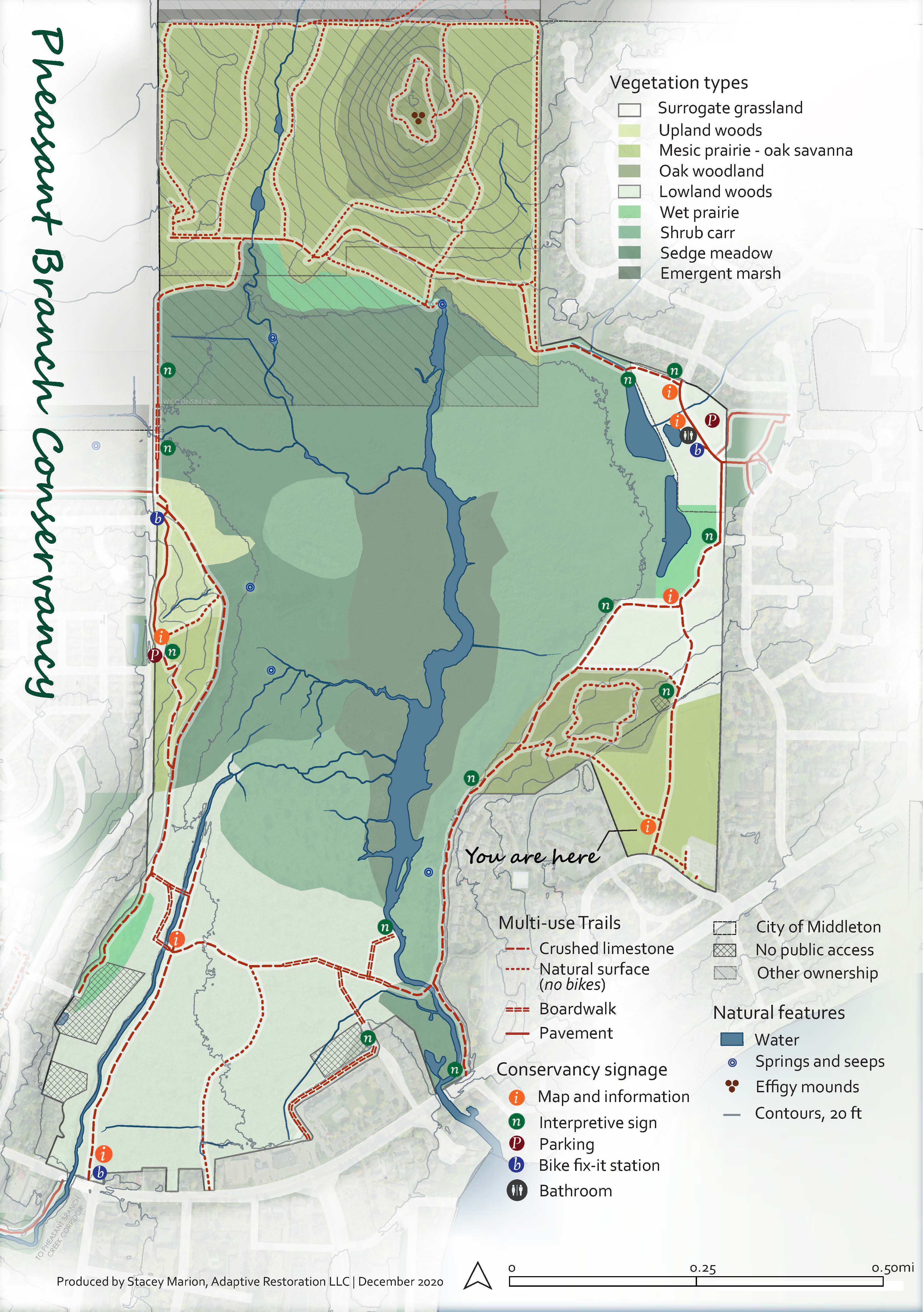 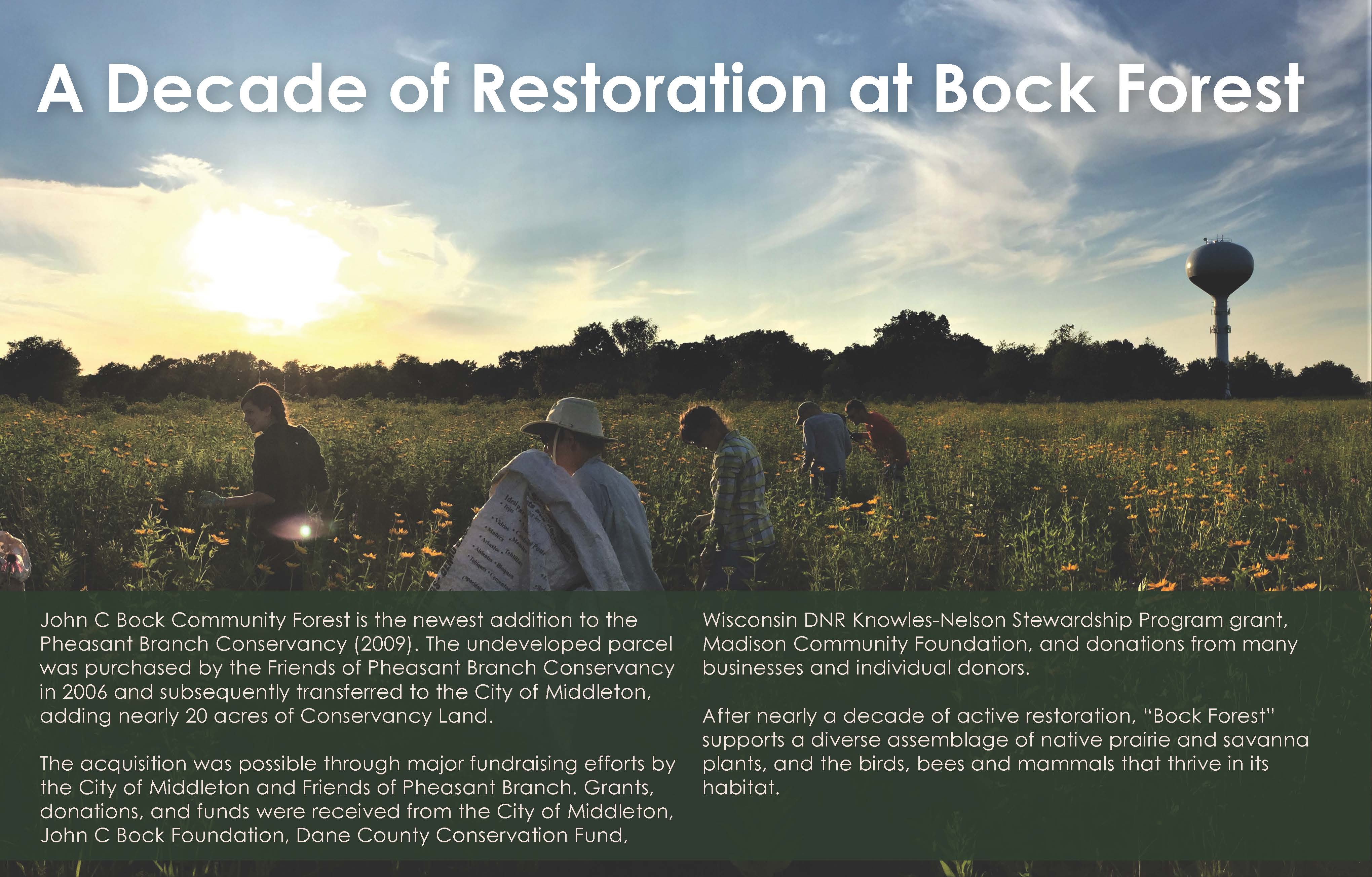 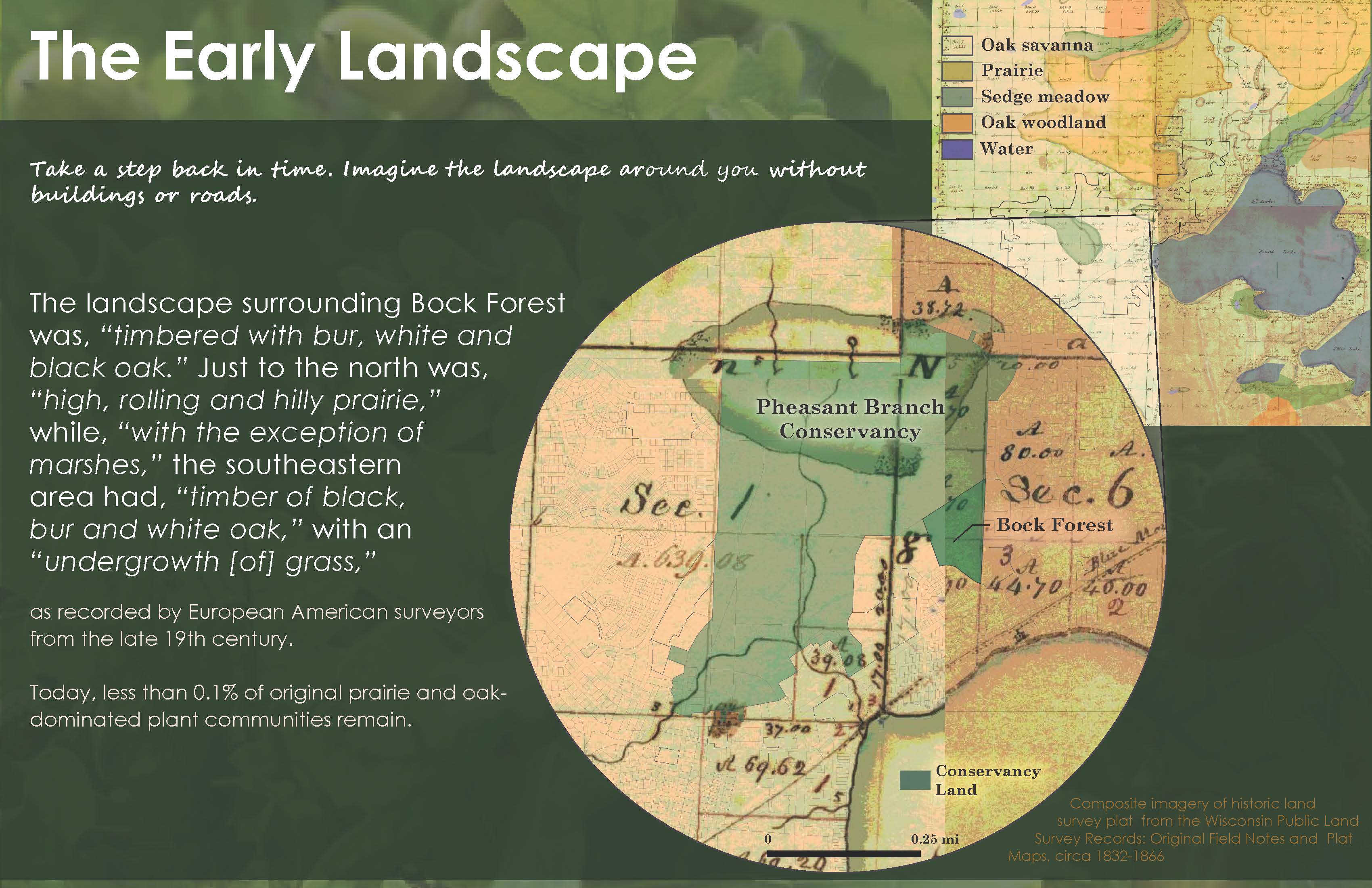 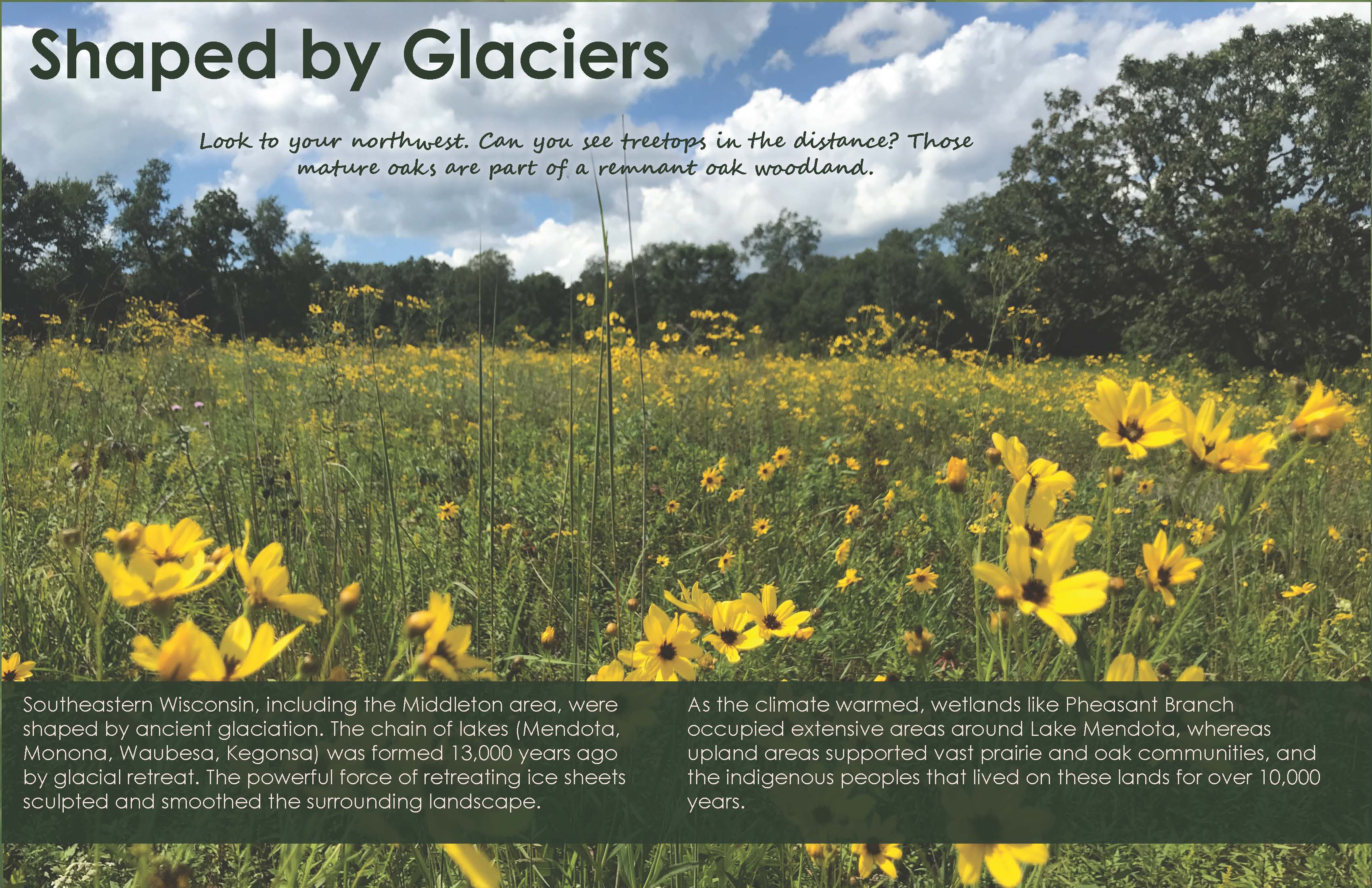 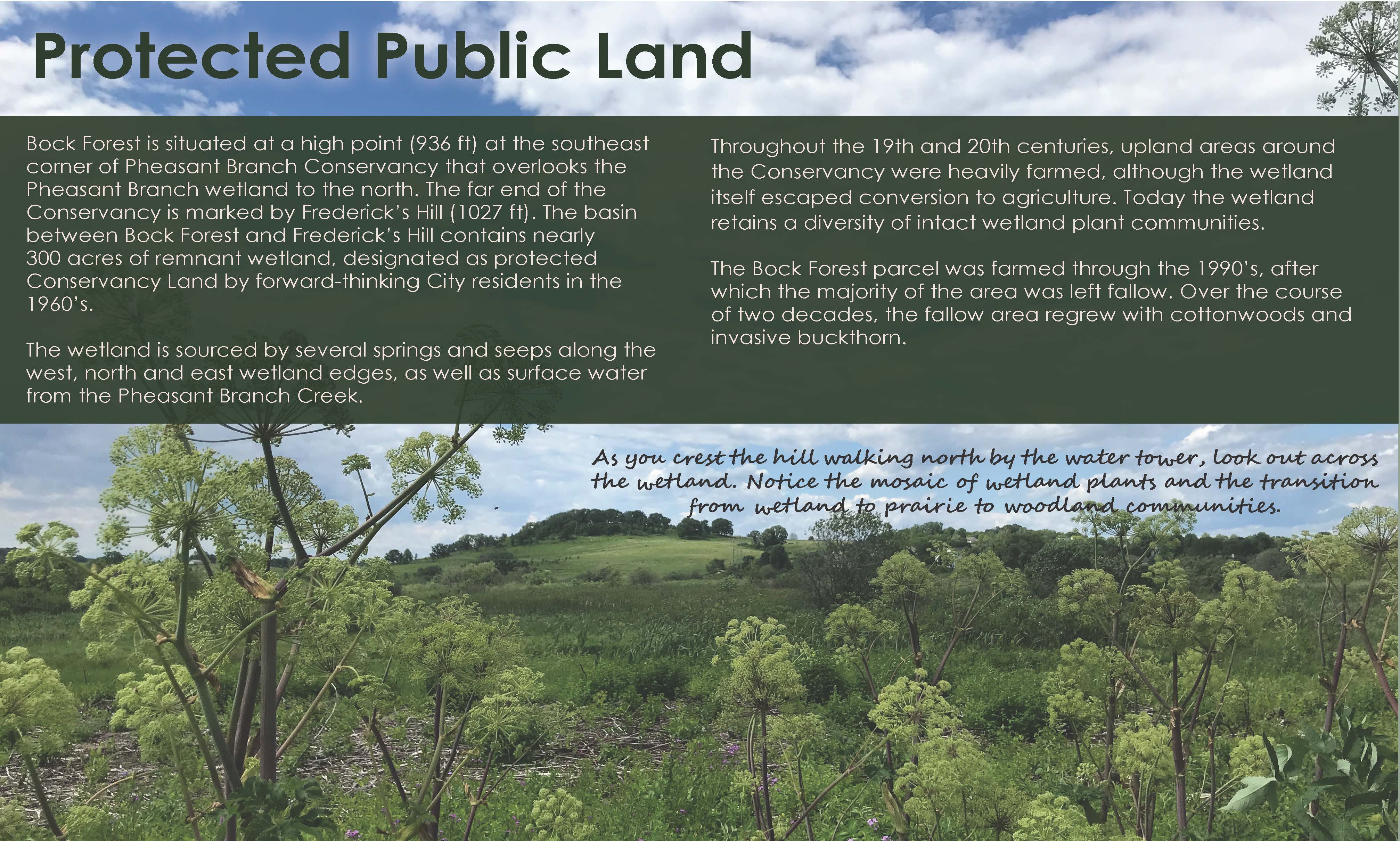 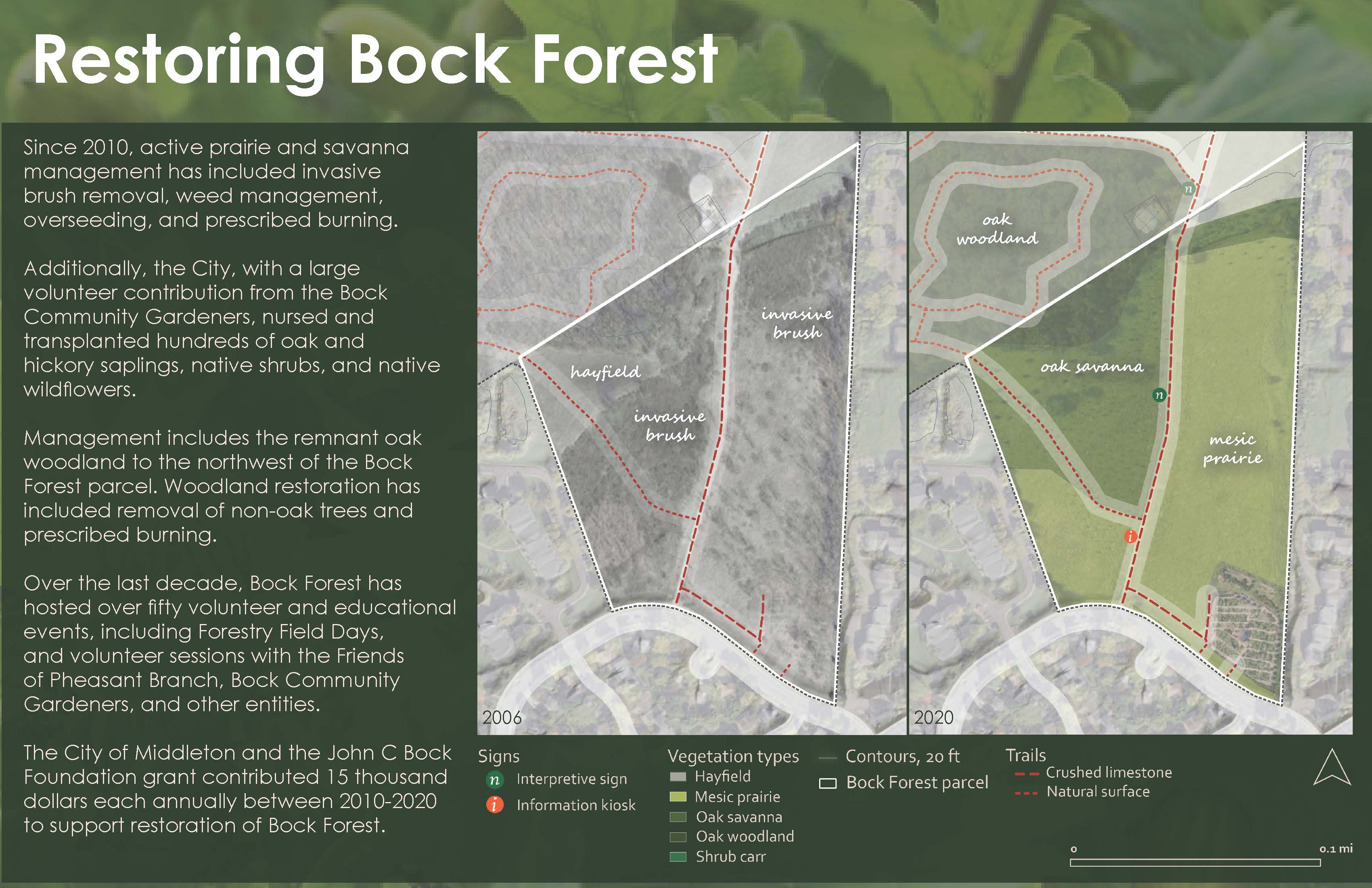 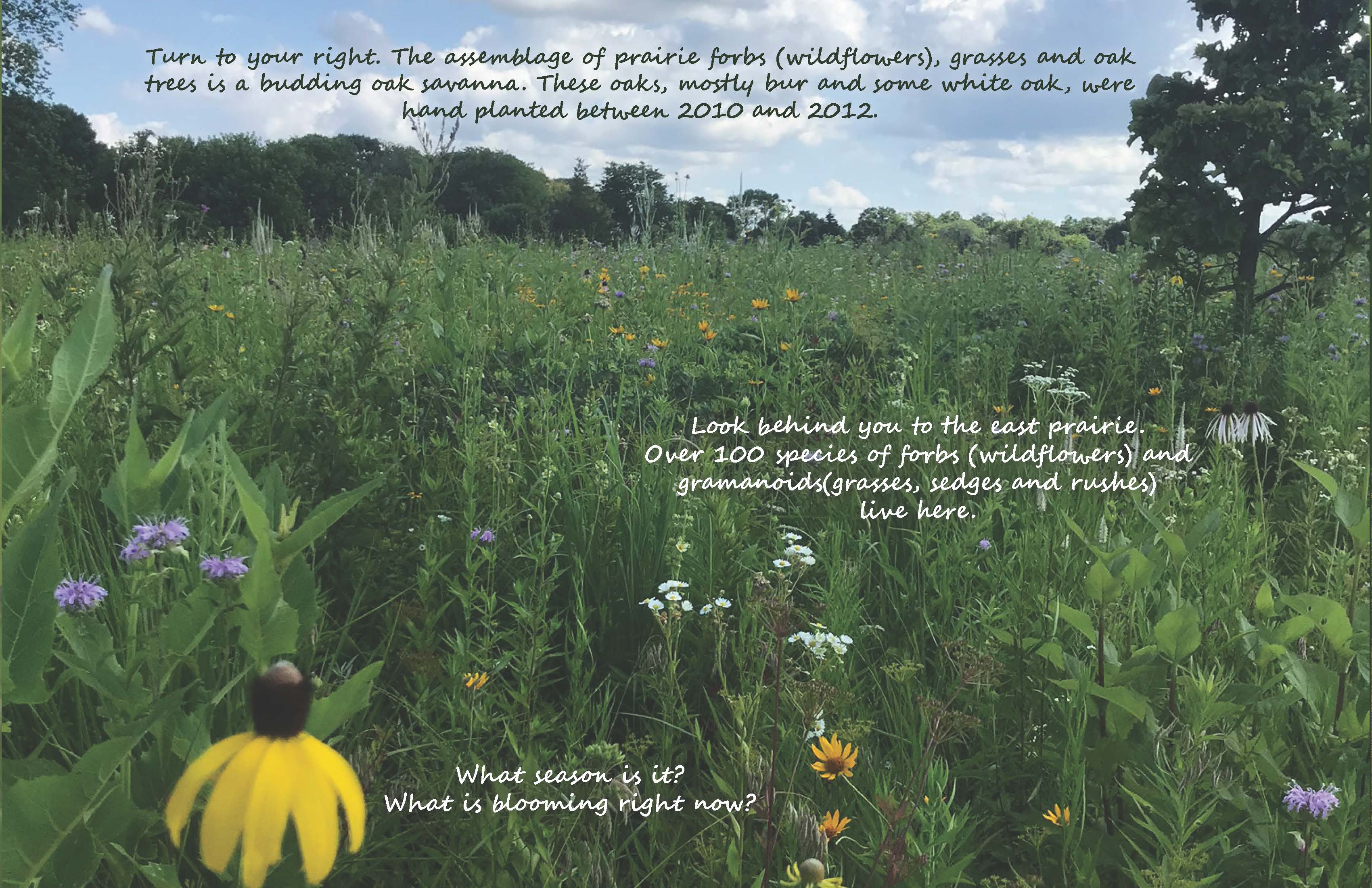 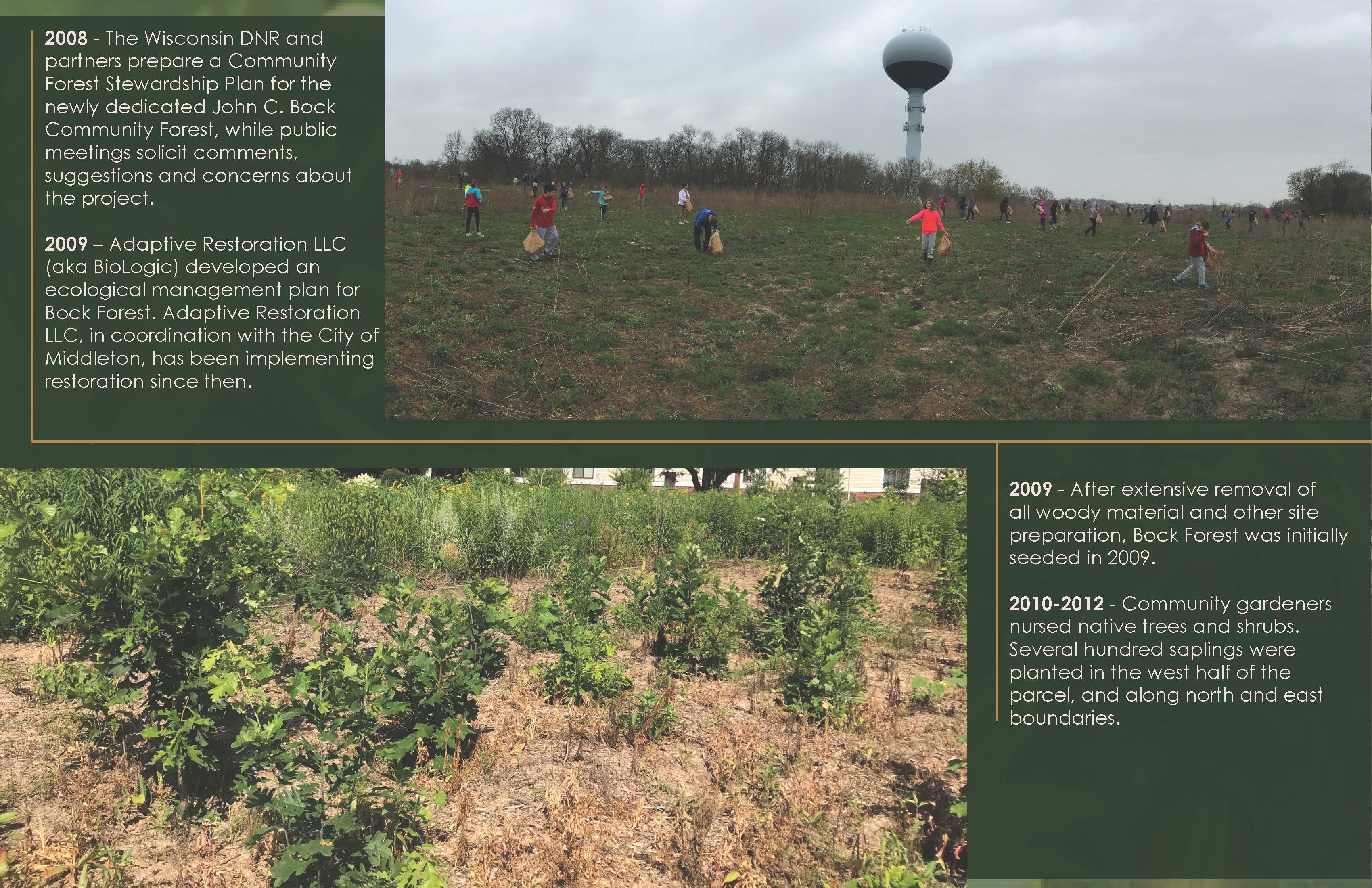 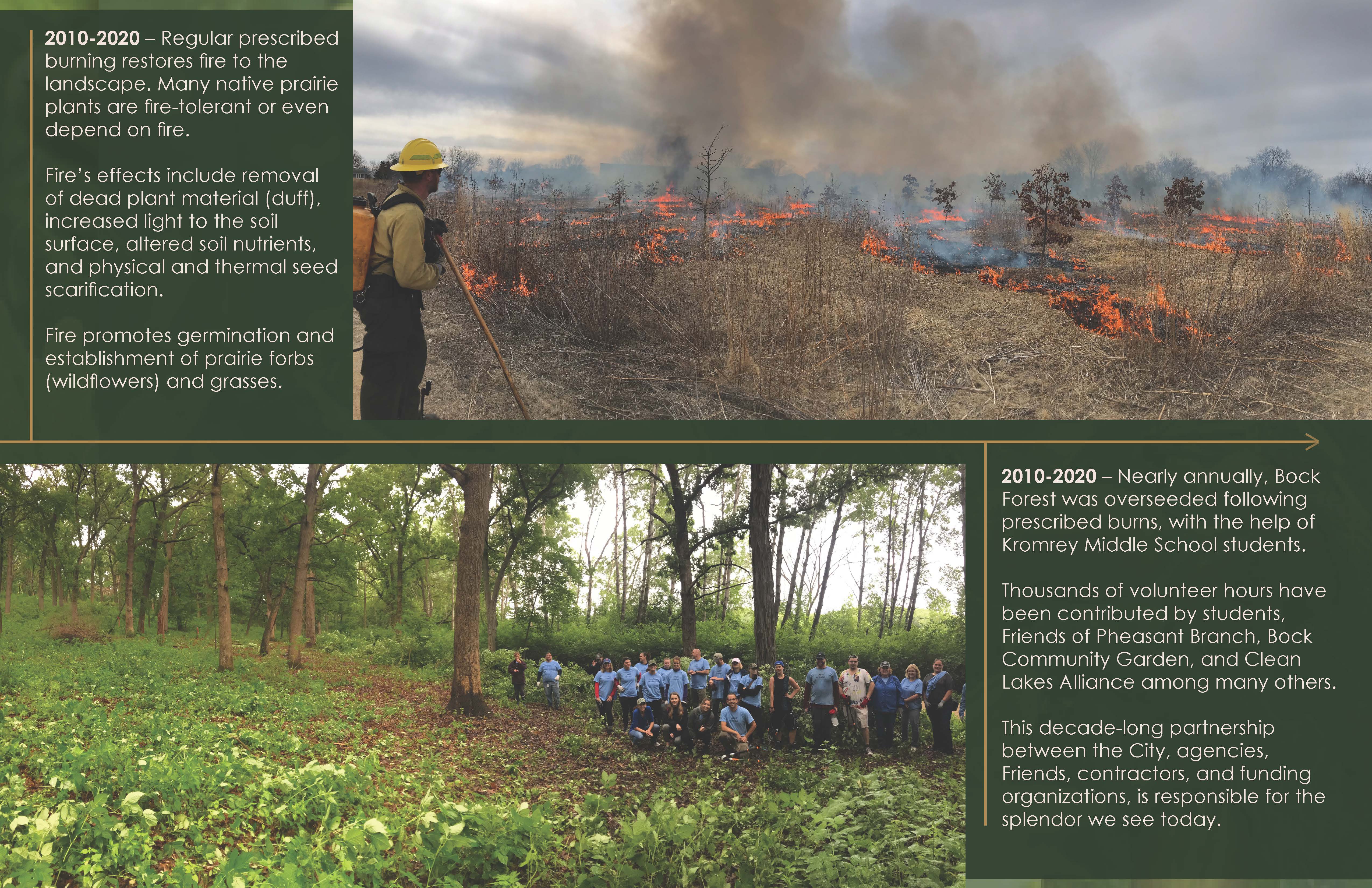 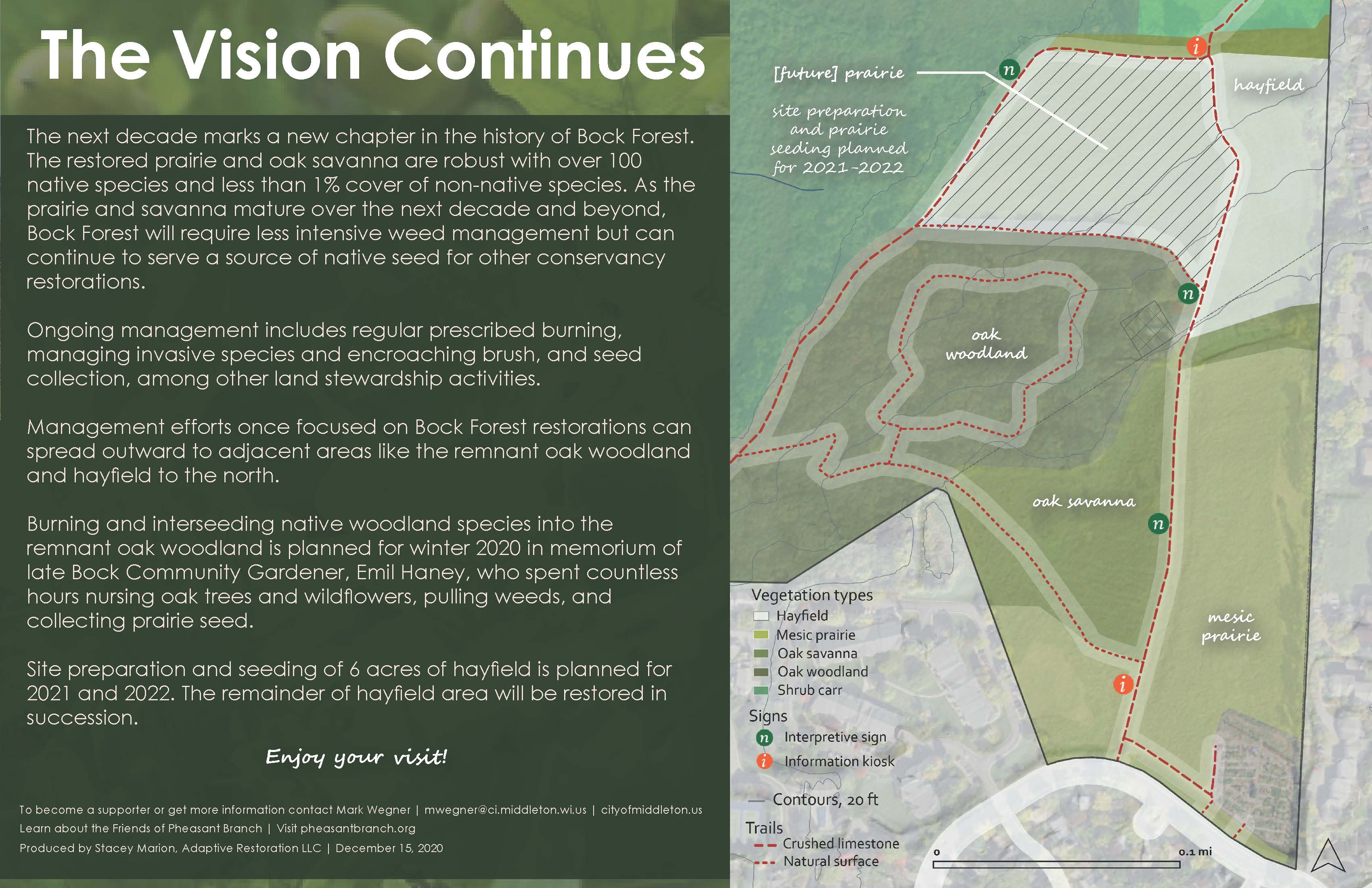